WHILE WE DO KNOW A BIT ABOUT DONALD TRUMP, CRUZ & RUBIO — WHO IOWA CAUCUS VOTERS CHOOSE TONIGHT, SPEAKS VOLUMES ABOUT THE HEARTS OF MANY AMERICANS!

Posted on February 1, 2016 by iriswhiting

Donald Trump….Ted Cruz…Marco Rubio are just 3 of the names that will be on the minds of the Iowa Caucus goers tonight.  “Iowans” will choose… who they think should be the Republican Presidential Nominee to run against whoever wins the Democratic Presidential Nomination.   O.k.  So…   What do we know about some of the base characteristics of Trump?   What stands out the most about Donald Trump when he comes to mind?  Let’s see.   (I’m gonna try my best to be generous…but,  I must speak… truth) 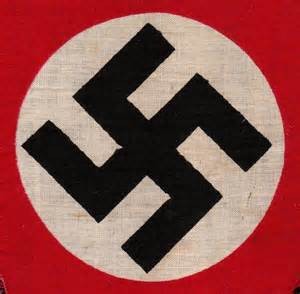 this out.    If we have a President that is Hitler  “esque” …that President will put his own biases, prejudices & hate above what is best for the country & the people.    Lying, cheating, stealing & killing (to control people, to shut up people  & to get rid of people) would definitely be in their bag of  tricks to stay in power.  And…don’t think it can’t happen… here.  Why???  Because…it already has.   Remember…SLAVERY!!!      Let us continue.

A week ago, last Saturday, …Donald Trump said, & I quote “I could stand in the middle of 5th Avenue and shoot somebody and I wouldn’t lose voters.”  Now… don’t forget.   Donald Trump is the front runner right now (according to the Polls) for the Republican Presidential nomination.  So, this is very serious.   Donald Trump not only meant what he said, he believes that shit.    The part that concerns me the most is this…    That  %$*#@ might be right.   If that is not  Hitler “esque”…then, I don’t know what is.  O.k.   If we have a President that is a “pathological liar” … that person will say whatever he/she thinks they need to say to get what they want.  They don’t give a shit about “truth.”  What the hell does truth mean to them?  Nothing…   Absolutely nothing.   Americans would not be able to trust anything this President would say.  You would have to disbelieve first, & then…verify.  How sad would that be?  You would not just want to pull your hair out…hell…you would want to take your whole head off just so you wouldn’t have to listen to anymore of that shit.  I’m telling you the truth.  Now…

Donald Trump will say whatever he thinks he needs to say to achieve his desired results.   Truth doesn’t even come into the equation.  Why would it?   Whether it is true or not…is completely irrelevant to Trump.  What is important for him is this…   Will what he says get him what he wants???  For example…    If he wants to make people think that someone else is a nasty person that no one likes, then he will say that the person is “nasty”…& is “not liked” in order to have others believe this.  Donald Trump has no qualms about doing this kind of dirt.  Ted Cruz…could testify to this side of Trump.  Over the last several weeks,  Trump has been railing against Cruz in this manner.  The funny thing about this…is this…   Before Trump saw Cruz as a threat to him winning the Republican Presidential nomination…he was singing the praises of Cruz.  Oh, yes.   In December 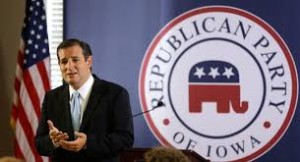 2015, Trump said this about Ted Cruz, “I’ve gotten to know him over the last three or four days, he has a wonderful temperament.  He’s just fine, don’t worry about it.”  However, when Trump saw the polls showing that Cruz was leading with the potential Iowa caucus goers…all that shit changed.   Trump is now saying this about Cruz, “He’s a nasty guy,  Nobody likes him.  Nobody in Congress likes him.  Nobody likes him anywhere once they get to know him.”

Now…remember, there is a 90% chance that Trump doesn’t believe this trash he’s talking about Cruz.   In actuality, Trump may really, really like Cruz.  Again, that’s not the point for Trump.  Trump’s objective is to get primary voters not to vote for Cruz.  If his only means of making that happen is to lie about Cruz…then, so be it.  For Trump…it is just that simple.  O.k…

Tonight the Iowa caucus goers are going to pick who they think should be the Republican Presidential Nominee.   If they choose a Hitler “esque,”  “pathological liar,” this will speak volumes to the rest of us about how many, many, many  “Americans”… are thinking.   You know there is a saying, “Birds of a feather…flock together.”   And, remember…   You don’t support & 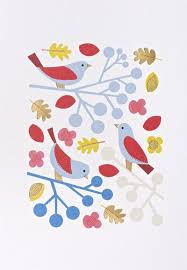 Donald Trump is basically an EVIL ass somebody.  By his outspoken words, he has shown himself to be an enemy to the Disabled, Hispanics, Women, Muslims & Black folk.   The fact that

soooooo many people are going along with him…really concerns me & it damn well should concern you too.   Why?  Remember, what Hitler did?   He killed millions of people just because they were Jewish.  Don’t think that shit can’t happen again.   If God’s children sleep on the job & don’t work diligently to prevent it…it for sure can happen again.

So, what do we do?   Jesus says, “Submit yourselves therefore to God. Resist the devil, and he will flee from you.”  (James 4:7) If we are going to stop people like Donald Trump from being President of the United States, then we must resist him.   Then, what should we do?   We continue to resist him.    We fight against any bigotry that he tries to put down.   We stomp out the evil & poison he spews out…as quickly as we can.  How do we do this? We do it by speaking out against what he is saying to anyone who will listen to us.               S-H-I-T…   We do this day in & day out.    And…we stomp out the evil & poison by praying to the Heavenly Father for his intervention.   Now…

As far as his followers go…   If they are espousing hate & bigotry, then…we need to shut down their asses… too.   Speaking out… & praying against the works of devilish people is the only way to stop it’s negative impact.   A quote that I find to be so true…& relevant for what I’m trying to tell you here is this:

“All that is necessary for the triumph of evil is that good men do nothing.” (Edmund Burke)

10,457 Responses to WHILE WE DO KNOW A BIT ABOUT DONALD TRUMP, CRUZ & RUBIO — WHO IOWA CAUCUS VOTERS CHOOSE TONIGHT, SPEAKS VOLUMES ABOUT THE HEARTS OF MANY AMERICANS!