Today, CNN, MSNBC, & other news broadcasters…told us about “the Breaking 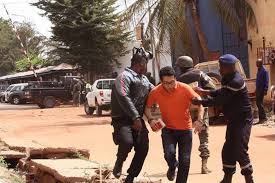 News” that happened in Mali today.   Gunmen stormed a hotel hosting diplomats & at least 21 people were killed in the attack.   Witnesses are saying that, “They were shooting at anything that moved.” An al Qaeda affiliated group is taking partial responsibility for the attack. 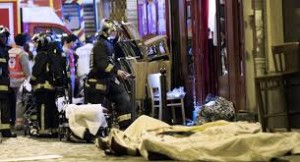 calling them “the first of the storm” and mocking France as a “capital of prostitution and obscenity.”   As I have watched events unfold in Paris…the streets were almost completely deserted.   People were following the government’s directions to stay in.   The few people who were out & about…speaking about what they saw, are still walking around in kind of a daze. Their spirits are trying to absorb the trauma their city, Paris…has suffered. France is 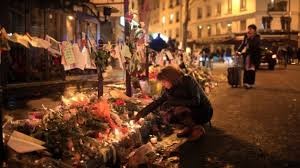 struggling to deal with the deadliest violence on its soil since the Second World War.  So much death.  So much grief.   And, while these people have surely seen the beheadings & the POW pilot being set on fire by ISIS…there is nothing…absolutely nothing that prepares you to see terror happening right in front of you…on your soil.  Nothing.

People fear that the next attack is around the corner.  They are right.   But…that message is not just meant for the people in Paris.   No.   Terror attacks will happen throughout the world…including the U.S.   Make no 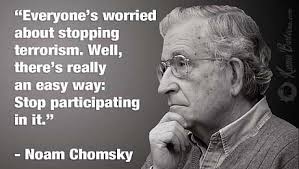 mistake about it…the U.S. will be attacked, again.  And, soon. I’m not telling you this truth to cause you fear.  I am telling you this…to warn you.   To be forewarned…is to be forearmed. Forearmed with the only weapon that can protect you…always & anywhere. That weapon is a holy one.  That weapon is GOD.   You see… I understand that it is only God who can protect me…under any set of circumstances.   With this understanding embedded in my heart…I don’t fear being attacked.  I just don’t.  Why?  Let’s talk about it.

What good does fear do…here?  Does fearing that attacks are going to happen…stop the attacks?  No.   Does fearing ISIS… stop the attacks?  No.   So…what is the point of this fear we have about ISIS?  These people are human beings.  Yes…they are being influenced by the devil…but, still they are men.   God says, “If I am for you…who can be against you.” (Romans 8:31)  This means that if God is in my corner…it doesn’t matter who comes against me.   And, I don’t give a damn about what they try to do to me.   How can I say 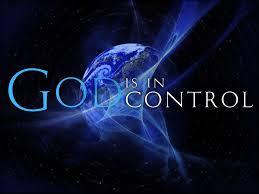 this…with sincerity? I’ll tell you.   I can say this… because I understand that God is always in control of what happens to me…at all times.   No one can do anything to me unless, God allows it.   If He allows it, no matter how bad someone might think it is,  there is a godly reason for him allowing it.  I then, deal directly with him to gain understanding about why He allowed it.   God always knows best…even when what He allows me to go through, doesn’t feel so good to me. You see…God wants me to walk by faith…& not, by my feelings. Feelings can change like the wind…but, God changes not.  Not ever.  He is the same, yesterday…today & forever.   Understanding this & walking by faith…allows me to put my complete trust in him…& not be controlled by fear. The bible says, “Above all be sure you take faith as your shield, for it can quench every burning dart the enemy hurls at you.” (Ephesians 6:16) 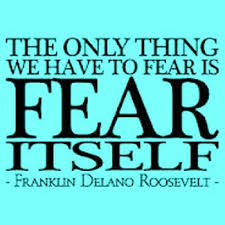 Fear is a hell of a thing…isn’t it???  Fear can cause you to hurt yourself.  How? Fear can paralyze your thought patterns…so, you are stifled from moving forward.   It can make you want to close yourself off from the rest of the world. It can make a loving heart turn from love…to hate.  And, quick.  Damn right…real quick.  It can cause you to want to inflict on others, the same pain & sadness that you feel.   If you think I’m lying…keep listening.

At the U.S. Congress yesterday…a bill passed in the House of Representatives that requires the secretary of homeland security, the FBI director and the director of national intelligence to each certify that a refugee was not a threat to national security before they were admitted to the United States.   The bill is called the American Security Against Foreign Enemies Act.  It passed in the house with almost unanimous 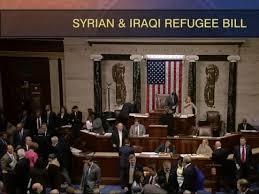 Republican support & 47 Democrats.  In essence, this bills makes it a lot more difficult  for refugees from Syria and Iraq to enter the United States.   It basically rebukes President Obama’s refugee policy.  While it is understandable that people want to protect themselves…some things are just too much.    How in the world, practicably speaking, is the secretary of homeland security, the FBI director and the director of national intelligence suppose to assure (operative term being “assure”) that any Syrian immigrant is never going to attack the U.S.?   REALLY???   If you believe this…as the saying goes…“I have some ice in Alaska that I’m trying to sell.  All reasonable offers WILL be accepted.”

I don’t give a damn how much vetting any of these people do…it is not going to stop the United States, or anywhere else, from being attacked.  All this bill will essentially do…is cost this country more money…&, trick people into having some kind of false sense of security.    A few days ago, New York’s Police Commissioner, William Bratton, said & I quote, “Be aware but do not be afraid.  The NYPD will protect you.”   I thought to myself…”His crazy ass 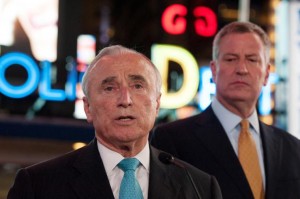 must have been drinking or smoking something.  And…he needs to cut that shit out before going on tv… if, he’s going to be talking like that.”  He ain’t God. So…how is Commissioner Bratton going to be everywhere…at the same time…to stop shit from happening?   He can’t.   And, neither can his police officers.  It’s an impossibility to even expect them “to protect us.”  Sure…they can do what they do…but, that’s it…& that’s all.

But, you know what???  Even with everything I am saying…all is not lost.  Not by any means.    Why?  Because…God will be there for you if you are here for him.  I need to say that one more time, so…be patient with me please.  God will be 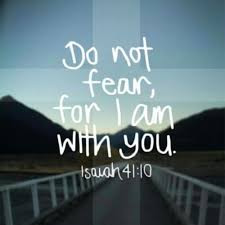 there for you if you are here for him.    I tell you the truth!!!   Have that peace that comes from being in a close relationship with him.  He will give you a peace that truly passes all human understanding.   People will be wandering…what makes that person walk in such a peaceful state?   Truly…Hell can literally be breaking out all around you…& you… will not be moved, if God is with you.

If you want to release your fears & embrace peace… say this prayer with me:   Heavenly Father, you see all the craziness & evil that has been going on in Paris & in Mali.   Bless me to walk closer with you…everyday.   Bring my thoughts & actions into the obedience of Christ.   Take any and all fear out of my spirit because you do not give me a spirit of fear.  You gave me a spirit of 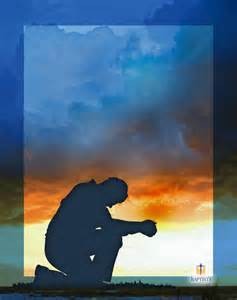 faith.  The faith to believe that you are who you say you are…no matter what is going on in the world.  You are the beginning and the end.  You are simply…everything that is good.  So, I look to you to guide my steps…every moment of my life.   Bless me to be a blessing for others…solely for your purposes.    Have mercy on me by accepting me the way that I am…but, love me enough so that you don’t leave me in my present fearful state of mind.   I pray these things to you in the name of Jesus & by his precious blood.  Amen.