“UMPQUA” COLLEGE SHOOTINGS: “Crazy” did not kill those people…Chris Mercer did

Posted on October 2, 2015 by iriswhiting 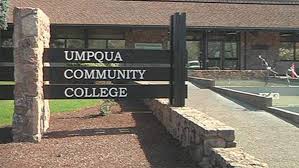 type of thing doesn’t happen here”…  “it’s senseless.”  Right off the bat…the arguments started again about gun control.   Many are saying that these type of shootings can be curtailed if guns are kept out of the hands of “crazy” people.   They operate under the assumption that all the people who kill like this… have mental health issues.  Let me explain.

O.k.  First of all, when someone kills multiple people they don’t personally know, it scares the hell out of people.   It does.   People struggle…trying to understand how someone could do this to people they don’t know.  They say “it’s senseless” because they don’t see a “cause & effect” connection between the shooter & the victim.  Cause & Effect???  For example… one drug dealer might kill another drug dealer if one thinks the other has cheated them in some way.   You see…the “cause” would be the cheating…the “effect” would be the killing. If people can’t see a “cause” for the shooting…then, it is all too often thought, “the shooter must be crazy.”  You see…people have a tendency to rationalize things in a way that will lessen their fears.   It makes them feel less fearful if they can view a “stone cold killer” as insane.   Are you following me?  If they can say…”well, you know the person who killed all those people was just crazy,”  they then feel… it’s less likely to happen again.  Let’s keep going. 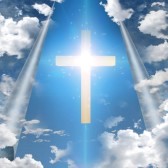 You know… God is God.  He calls a spade & spade…& wants us to do the same.  Soooo…I must speak some hard truths here.   O.k. Being “crazy” doesn’t cause somebody to kill.  We have a multitude of people with mental health issues that never, ever…even contemplate killing somebody else.   There are darker…much darker operatives in effect when killings like that at Umpqua take place.  While a shooter may have a mental health illness, there is always another factor that drives the killing.   And…God calls that factor…evil.  Yes…evil.   It is not easy for one human being to kill another human being, without justification, unless evil controls.   Hell…many of our soldiers who killed people during the war in Iraq suffer with PTSD (post traumatic stress disorder) because they killed people.   Alright…now stay with me.

Now, don’t misunderstand…evil is not something that can just jump on you, tie you up &

take you over.  HELL NO.   It doesn’t work like that &…don’t let anyone tell you different. God gives everyone of us freewill.  He doesn’t exclude people who have some mental health issue(s).   Meaning what?  Meaning…we can choose to do “evil” or we can choose…not to.   What I’m trying to tell you is this…Chris Mercer slaughtered those students at Umqua Community College because evil lived within his heart.   He did it because he wanted to.   It’s not any more complicated than that.

Stacy Boylan, the father of a woman who survived the shooting, told CNN that his daughter described how Chris Mercer asked his victims to state their religion before opening fire.  According to Mr Boylan, his daughter said Chris Mercer told the Christians that he killed… that they were “going to see God in just about one second.”   It was also reported that the people who said they were Christians were shot in the head while…the victims  who didn’t say they were Christians, were shot in lower parts of their bodies.

The police investigators found a note written by Chris Mercer at the scene of his crimes.   The note reveals that he put a lot of thought and planning into what he did.

He noted that he’s been wanting to do this for years.  You see…Chris Mercer knew…without a doubt that evil was driving him & he embraced it.    He intentionally chose to work for the devil &…he spit on God’s creations.  His note in part reads, “I will be welcomed in hell…& embraced by the devil.”   I think that sums it up…don’t you???

34 Responses to “UMPQUA” COLLEGE SHOOTINGS: “Crazy” did not kill those people…Chris Mercer did