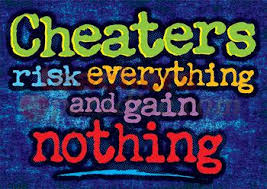 O.k. guys.  Ashley Madison is a website whose purpose, in part,  is to facilitate cheating by married people.  Yes…let me say it again.  Ashley Madison is a website whose purpose is to facilitate cheating by married people.   Now, it has been reported that hackers, calling themselves the “Impact Team,” hacked the website last month.  USA Today reports that this past Tuesday, 8/18/15, the “Impact Team” posted customer data files from Ashley Madison customer’s… online.   Then, did it again on Thursday, 8/20/15.   Meaning what???  Meaning that married people… who were using the Ashley Madison website to find other people to have affairs with… have had their personal information (including their names, e-mail addresses) exposed online for the whole world to see. Meaning what??? Meaning all Hell is literally breaking loose in households all over the friggin place, even as I am writing this post.

CNN Money reported yesterday that many of Ashley Madison’s customers have contacted them saying that the hacking, “Has ruined my life.”   O.k… here we go & let’s break this down, bit by bit.    First of all, the hacking of the Ashley Madison website did not ruin anybody’s life.   Nobody put a gun to anybody’s head & made them sign up on the Ashley Madison website.   They did this freely & voluntarily because they wanted to cheat on their spouse. That’s right.   For whatever reason, these people wanted to have sexual relations with someone other than the person they made their wedding vows to.   So with that said, if any life was ruined… it was caused by the cheater, not the hacker.   If the person was not using the site, there would be nothing to hack in the first place.  Secondly, with all the hacking going on (throughout the world… let alone this country), what would make anybody think that anything is secure on the web.   Really…we need to stop being so damn naive about life.

So…what do we have here?  We have a mess…an absolute mess!  You see…while this information has been recently exposed to the public… God knew what was going on all along with these cheating ass people.  That’s right. Nothing is hidden from him even when you think you are doing your dirt in the dark.  Why? Because He is God.  He sees all & knows all & is everywhere all the time.  So, while these people are concerned about what their spouses are going to do…they need to be more concerned about what God is going to do.   So, while these people may be trying to reconcile with their spouses, they better be trying to reconcile with God.  So, while these people may be asking their spouses for forgiveness, they better be asking God for forgiveness.  You see…He is not happy about this…He is not happy at all.   He does not condone adultery.  It is so important to him that He even prohibited it in his 10 Commandments.   You remember, don’t you?…”Thou shall not commit adultery.”  (Exodus 20:14 )

Why should a cheater be concerned about what God thinks?  Because God is always in control of every living being.  God can either kill the cheater or allow the devil to do so. This is all within his control.   And, if you don’t know this already…may God help you. Any way, if God kills the cheater or allows the devil to do so…you can bet your butt that He is not allowing that person to enter into his kingdom.  “Hell No.”  So, what is the alternative?  Hell is the alternative & there is no coming back from that. You all better wake up and start smelling the coffee & whatever else it’s gonna take to make you listen. Literally, this stuff I’m putting down is no laughing matter.  As his Ambassador, God sent me here to tell you these things.

Jesus even tells us that we need to be concerned about what God thinks.   In Luke 12: 4-5, Jesus specifically says, “4) And I say unto you my friends, Be not afraid of them that kill the body, and after that have no more that they can do.  5) But I will forewarn you whom ye shall fear:  Fear him, which after he hath killed hath power to cast into hell: yea, I say unto you, Fear him.”  Now…this is Jesus talking.  Not Iris…o.k.

The Ashley Madison website has a quote which says, “Life is short…Have an Affair.”   What this tells me is this… that while “you cheaters” think these Ashley Madison people are helping you by helping you find some ass…they really could care less about you.   You see…in all of their cuteness, they missed a piece.  They left out a critical warning for those of you who are predisposed to cheat.   So, if they are bent on helping you cheat & if they are bent on keeping their quote, say it like this, “Life is short… Have an Affair…Then, Go to Hell.”  I say this because that is exactly what is going to happen if people don’t get it together.

So…let’s stop all the crying & boo hooing unless, you are repenting to God about the wickedness of your cheating ways.      If you are married & love the one your with…you should not be subscribing to Ashley Madison type websites any way.