In public places, we share the space regardless of the color of our skin.    This means that due regard needs to be given so that everyone is respected.  So… everyone feels welcome.   The South Carolina State Capitol grounds is a public place where people from all walks of life can roam.    When I walk on those grounds, I should not be made to feel uneasy because overhead there is a flag waving which represents the oppression of black people.   A flag which reminds us, oh so clearly, of a time when black folk were chained and bound. Not because they had committed any crimes.  Just because…they were black.  It kind of flies in the face of the saying…oh yeah…”The land of the free and the home”…(you know the rest).

Maybe we need to be reminded now and again about the horrible aspects of our history. But…not by flying a Southern Cross Confederate battle flag on the State Capitol grounds. If anything, that kind of “Southern Cross Confederate Flag” reminder equates to spitting in the faces of black folk.    Hasn’t there already been enough hurt, pain & insults to last a 100 lifetimes.

Now you know doggone well that it would not be acceptable for any State Capitol grounds in this country to fly flags with Nazi Swastikas on them.  Why?  Because of the atrocities that happened to Jewish people while those Nazi banners waived in Germany in the 30’s and 40’s.

This country, which flies that Confederate flag so proudly to preserve white heritage, was built on the backs of those enslaved black people.  In all that building going on… many of those black backs were broken.  What about that?   People are raising Hell to preserve their white racist heritage but I don’t hear much ado about giving black folk reparations for their enslavement. That issue is one that most white folk don’t want to touch with a ten foot pole.

So, I say this to you…Is it really asking too much, to ask that the Southern Confederate Battle flags that waive in any public place be taken down, and taken down…RIGHT NOW?   My Heavenly Father says,  “What does any man proffer by leaving it in place? How does it advance the building of the Kingdom of God?”

Let me show you what the Confederate flag represents to me: 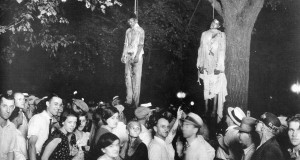 So, as you ponder these things…remember, treat your fellowman as you want to be treated. Not my words…but those of Jesus.