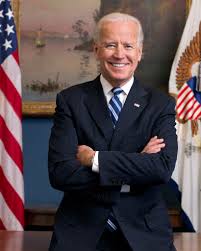 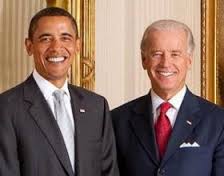 Yall…Ed Rendell… ain’t doing nothing but hating on Joe.   He wouldn’t even be talking negatively about the man entering the race…except, for the fact…that he sooooo badly, wants Hillary Clinton to become our President.   Now…let’s step back for a minute.  We are not talking about just anybody…here.  We are talking about Joseph Biden.   People act like, Joe Biden,  just climbed out of Bigfoot’s cave or something.   This man is the sitting Vice-President of the United States.   And, it was no small feat for him to get there…especially, coming out of the state of Delaware.   (And, noooo…I’m not hating on Delaware…even though they need to fix those messed up ass roads.  If anybody knows about Delaware…they know what I’m talking about)  Anyway.

something?   Because…that’s what your acting like.”   This man… has surely been “bullying” the other Democratic candidates & potential candidates.   Since when… is Ed Rendell in charge of anything here? Really.  They need to tell him…”YOU ARE NOT THE BOSS OF ME! And… ain’t nobody scared of your ass!”   I’m telling yall…people like Ed Rendell get a little too tied up in the politics of everything…& ….start losing their minds.  It’s the truth.  Does he forget that we are suppose to be living in a democracy, where anybody can run for the Democratic or Republican Presidential Nomination… if they meet basic qualifications?  Who in Satan’s hell does he think he is? Now, if he wants to be a King…where he can dictate to people…he needs to go to London & join up with Queen Elizabeth because… his crap doesn’t fly here.  This is still…the land of the free…where candidates & potential candidates are free from having to listen to anything that Ed Rendell says.

17,900 Responses to Vice President Joe Biden: “Don’t You Listen to the Naysayers. If You Want to Run for the Democratic Presidential Nomination…Listen to… “RUN JOE RUN” &… Run Your Ass Off for the Nomination”