WITCHCRAFT: “Root Working”– As Prevalent as Ever today…&… Just as Deadly!!!

You know…growing up, my daddy use to tell us all kinds of stories about his life.   And…a lot of those stories dealt with the supernatural &  other things that most adults don’t tell

young folk about.  Why don’t they say anything?  Because, one…they think they are protecting the children by keeping them in the dark.   Two…they probably don’t have a clue about what is really going on… themselves.   Well, my daddy didn’t feel that way & I’m glad he didn’t.    He knew that there were many things that went BUMP in the dark that wasn’t just…a bump in the dark.  That’s right…because of his own experiences…he knew just how real the devil is.  And, he knew how evil people could be when they listened to & followed the devil.

Daddy grew up in Gloucester County, Virginia.  From as best as he could remember…his days began somewhere close to the year of 1903.  You see…they didn’t keep the best records back then, & people had to get affidavits from other folk in the area regarding people’s approximate birth dates.   Well, at least that was the case for people of color.  O.k. 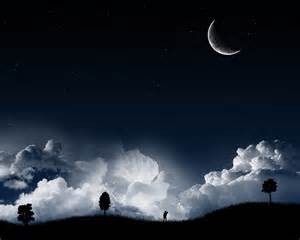 I remember hearing the word “roots” coming out of daddy’s mouth, wandering, “What’s roots?”  So, I asked him,  “Daddy, what’s that?”  He replied, “Child, it’s what people do when they are trying to hurt somebody.  They “root” them.”  Still confused… I said, again, “Daddy, whaaaaat’s that?”  He elaborated & told us that it could be some kind of poisonous herb, or something of that nature, that someone would try to get you to take…so, it could make you real sick, or, even…kill you.   I remembered saying to him, “Why would they do that?” He replied, “Because people can be evil.”

On one occasion that we were discussing this “rooting” business, daddy told us about an incident where he too, was “rooted.”  He said that he met this young woman & she invited him to come to her home.  She lived with her mother.   Daddy said he didn’t like the woman in any special way, but, he did accept the invitation.   He said the mother offered him a cup of coffee & he drank it.  However,  he said he didn’t find the mother to be the friendliest of persons…to say the least.  (Daddy had a strong gift of discernment & his insight about people was usually correct, 9 times out of 10) He said he left their home…& ended up becoming quite sick a little later.   He tried the usual remedies…to cure his malady…but, nothing seemed to work.   After a few days of misery…a close friend

suggested to him, that…he should seek out a “Root Doctor” because it seemed like something wasn’t quite “kosher.”  Well…daddy took this advice & ran with it.  He found a “Root Doctor” who told him…that from what he could see…daddy had in fact been given some kind of poison in that cup of coffee.   This “Root Doctor” gave daddy some kind of medicinal herb to take to counter the effects of the poison he had been given.   It worked.   Soooo, we asked daddy why he thought the “mother” had poisoned him.   He thought, it was because the young woman was pretty taken by him…& her mother did not want her to leave home.   Daddy never called the police or anything…he just let it go.

This “rooting” work has a long history in the United States.    It’s origins are said to be out of West Africa… the region many Black people came from who were brought to the South & enslaved in the 17th  & 18th centuries.   The people who practice this “root working” are known as “Root Doctors” or “Hoodoo Doctors.”  They are traditional healers & conjurers of the rural Black South.  They use herbs, roots, potions, and spells to help and sometimes to hurt recipients of their “works.”  There is a name… a name that is famous among conjurers & Hoodoo practitioners, that you may have not heard of.    That is the name of Caroline Dye.  People called her Aunt Caroline Dye.   She was born a slave in Spartanburg, South Carolina, but immigrated to Arkansas some

time in her young adulthood.   Caroline Dye became a wealthy landowner & rental property entrepreneur even though she couldn’t read or write.   However, she became famous all over the Midsouth for being a seer and a hoodoo woman.   Wealthy people came from far & wide seeking out her assistance.   Many, many prominent people would not make any major decisions without first getting her opinion regarding the same.   In order for many of these well-to-do folk to keep their visits a secret,  they usually called on her at night.   However, there were a few well-off merchants and planters, in and around Newport, who made no secret of their visits.   It is said that Aunt Caroline Dye used a small room for private consultation & would frequently, spread playing cards on a table and study them before giving advice or information.   It is also said that she never charged for her services but she expected and usually got a fee.  An Arkansas Folklorist, John Quincy Wolf said, Of Dye in her heydey  “… it is doubtful that even the name of President Wilson was more generally known.”  You know…that is really, really something.  It just tells you how many people were using that woman’s services.

Now…the piece of information that you need to keep in mind…is this.  All of this “rooting” business is just another form of  “WITCHCRAFT.”  Nothing less…Nothing more. 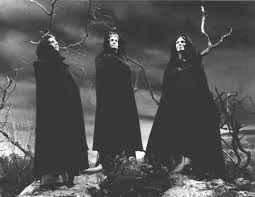 Therefore, it too, is the work of the devil.  Now…Why am I calling it witchcraft if they also heal people?  Let me tell you.    If anyone tries to heal people through the use of herbs, potions, spells, etc…&  does so without invoking the power of God…then, Houston…”We do have a problem.”  A big problem.   You see… Where God is left out…the devil surely, steps in.

The use of “Root/Hoodoo Doctors” is as prevalent today, as ever.   Just because we are suppose to be living in an advanced society… these days, there are some things going on…some very evil things…that are as old as time.     It is nothing for me to hear from 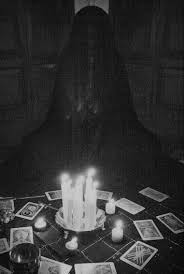 someone about either themselves, or one of their loved ones, going to see a “Root Doctor.” It’s almost as common, as someone telling me about going to see a primary care doctor.    I kid you not. People are looking for quick fixes to their problems.    Man or Woman problems.  Can’t Have a Baby Problems.  Money Problems.  Health Problems.  Court of Law Problems. Political Problems.   And, Guess What?  I haven’t even scratched the surface regarding all the reasons people search out a “Root/Hoodoo Doctor.”  Not at all.

Many moons ago, I was sitting in my living room & a friend of mine was telling me about an associate of his (let’s call him “T-bone”)…whose mother dealt with “Root/Hoodoo Doctors.”  O.k.  T-Bone, was employed in the illegal business we call “drug dealing.”  My friend said that T-Bone’s mom had previously went to see the “Root/Hoodoo Doctors” in attempts to get T-Bone off in some criminal cases he was involved in.   I was told that T-Bone never got convicted in those matters.   For the record…I must let it be known that T-Bone’s mom, loved the “so-called” fine things that he was buying her with the drug monies…so, she never discouraged him from being in the “drug game.”    However,  his mom became concerned about his safety as he got deeper & deeper into the drug scene.   Sooo, she had recently went South to the “Root/Hoodoo Doctor” to get “protection” for T-Bone.   As my friend was telling me the story, I remember saying to him…something like, “It doesn’t matter what “Root Doctor” she goes to…it’s not gonna help.”  He said, “What do you mean?”  I replied, “I mean what I said.  It’s not gonna help.   I have a very bad feeling about the welfare of this man.  The mother is right to be concerned,  but…a “Root Doctor” can’t fix it. If this man doesn’t stop what he’s doing now, he would be long on this earth.”  Those are the words that I spoke to my friend about T-Bone.

You see…I wasn’t getting my information from any “Root/Hoodoo Doctor.”  The insight that was coming to my spirit… was coming straight from God.  It was God who was telling me what to say to my friend.    You know what else…the bad feeling about this man weighed soooo heavy in my spirit that I remember… tears…falling down my face as I said 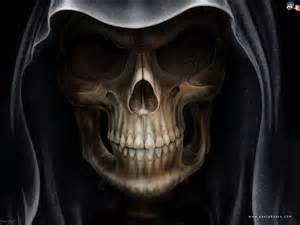 that T-Bone wouldn’t be long on this earth if he didn’t immediately stop what he was doing.  Well, the rest of the story…also goes south.   A few weeks later,  my friend came to me & said, “Remember, what you said about T-Bone.   He was shot & killed, “assassination style” last night.”  You see…God can’t lie.  When he tells you something…you can take it to the bank.  Do you see how the devil works?  Because, T-Bone’s mom felt that the “Root/Hoodoo Doctors” kept T-Bone out of jail…she went back to them… for some “so-called” protection.   But, this time… there was no saving of any kind.

What good did the mother’s “Root/Hoodoo Doctor” do in saving this young man’s life?  What protection was given… that prevented the killing?  None.  Absolutely none.  The gist of it all, is this.  We have got to stop putting our faith in man…& put it where it belongs… in God.  He is the only one we can look to for any kind of “real” protection in this crazy ass world.   Good things & bad things… are gonna happen… every…single…day.  These are things… that we do not control.   But, you see…while I can’t control any of these things…I do know who does.   And…that’s God.   So please, for your sake & for God’s sake…leave these witchcraft working “Root/Voodoo Doctors” alone.   Seek God, & him alone, for any help that you will ever need.   Remember…this witchcraft couldn’t & didn’t save T-Bone.

Also, God hates the practice of  witchcraft.   And…He will hold anyone who practices it & anyone who gets help from it…accountable.  Meaning?  Meaning…you will be punished for sinning against him in this way.   In Deuteronomy 18:9-14, the bible says, “When you enter the land the Lord your God is giving you, do not learn to imitate the detestable way of the nations there. Let no one be found among you who sacrifices his son or daughter in the fire, who practices divination or sorcery, interprets omens, engages in witchcraft, or casts spells, or who is a medium or spiritist or who consults the dead. Anyone who does these things is detestable to the Lord, and because of these detestable practices the Lord your God will drive those nations before you. You must be blameless before the Lord your God. The nations you will dispossess listen to those who practice sorcery or divination. But as for you, the Lord has not permitted you to do so.”

Footnote:  The mom literally went crazy shortly after her son (T-Bone) died & to this day… she remains so.

285 Responses to WITCHCRAFT: “Root Working”– As Prevalent as Ever today…&… Just as Deadly!!!