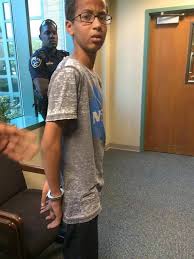 Yes, It really is just a clock…just as Ahmed Mohamed told the Irving, Texas Police, over & over & over. On Monday, 9/14/15, 14-year old Ahmed Mohamed, took a home made digital clock to his Irving Texas High School to impress his teachers.  He showed it to his teachers & told them it was a clock.  One of the teachers, became extremely alarmed…thinking that the device was a bomb.  So… she confiscated the “clock,” & the school called the police.  The police came…& Ahmed repeatedly told them that the device was a clock.   Despite what Ahmed said, the Police interrogated him,  arrested him anyway, put him in handcuffs  & took him away to Juvenile services.  At one point,  Ahmed asked to call his parents, but…the Police “said no” because he was being interrogated.  The school…suspended Ahmed from school for 3 days for bringing the device to school. 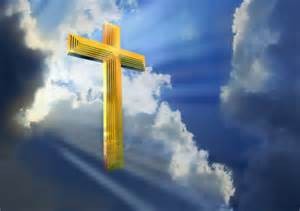 O.k…O.k…O.k… Let’s first talk about something that God says.   Proverbs 4:7 says, “Wisdom is the principal thing; therefore get wisdom: and with all thy getting get understanding.”  So, we need to have understanding when we view any situation.  With that said…one question should be, “Was the teacher’s alarm reasonable in light of the state of the world that we are living in?”   Looking at this from God’s perspective, the answer would be yes…her alarm definitely could be considered reasonable.   One role of a teacher is to keep all the students safe.    Ahmed brings a device to her.   She asks him if it is a bomb.  The device has all kinds of wires hooked up to it.   He tells her it is a clock.  (see picture below) 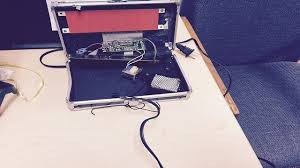 For whatever reason, the teacher is skeptical… & doesn’t trust what Ahmed has told her.   Could her skepticism have come from her not knowing Ahmed that well?  Yes.   Could her skepticism have come just from the fact that Ahmed is a Muslim?  Of course.     Let’s not be naive people.   Prejudices, racism, & sexism influence people’s hearts every single day.   Only the teacher & God know her true motivations for not trusting what Ahmed told her.   Now, regardless of her reason(s), did it make sense for the teacher to confiscate the clock & alert the school?  The answer would be…Yes.  Again, safety first…even if the person who is acting to keep us safe acts out of racist motives.      Let’s keep going. 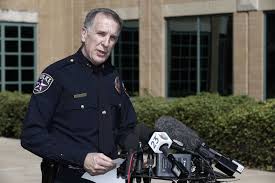 Well, every indication shows that the police knew, before they interrogated Ahmed, that the device was in fact a clock.   The Chief of the Irving Police dept. actually said they knew. So, why was this child still arrested?  What good purpose did it serve?  It served no good purpose, but, it sure as hell served a purpose for the police.   The purpose of intimidating a Muslim.  You see there is so much prejudice in this country against Muslims right now, that for the police, what did they care that this was a child?   What difference does that make…in light of their purpose?   For them…their actions were to send a “loud & clear” message…set an example.  What example?   What message?   The example & message that says, “This is what we do to Muslims.   We don’t want you here because we fear that one day you will bomb us or chop off our heads.   So…maybe if we intimidate you enough…you will go back to where you came from…& stay there.” 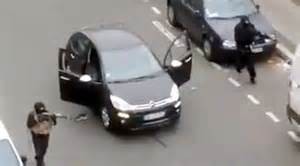 That’s some messed up shit isn’t it???  Messed up, but…true.   You know there is a phrase called, “self-fulfilling prophecy.”   Here’s how it applies.   If police continue to intimidate & harass Muslim people in this way, they will bring about the result that they fear.   Any group of people will start fighting back if they are harassed & messed with long enough…it’s human nature.  So, I say this to the Irving, Texas Police Dept., “You intimidated & harassed a child on Monday for nothing.  Nothing at all.  He had a damn clock in his possession. O.k… a clock!  And…you knew it was a clock. God says you will reap what you have sown.  Not my words, but… God’s.  The world is watching & has heard Ahmed’s cries for help.   My concern for you is that some, who have also heard Ahmed’s cries, will deal you a hand that will be 10 times worse than what you did.  Don’t you remember “Charlie Hebdo” & what happened there???  So…I would strongly suggest that you repent to God for the wickedness of your acts against Ahmed.   For God’s sake & your own…apologize to God & apologize to that young man & his family.   You went waaaaaay overboard in how you dealt with him.”

To Ahmed & his family I say this, “God loves you always.  He did not want this harassment to cross your door…but it did.   Pray to him for a peace that passes all human understanding.    Know that there are so many of us who would never have mistreated Ahmed in that way.  Know that many have suffered similar plights as Ahmed, or, have loved ones that have.  So…we have some kind of understanding of what you have gone through.  May God Bless you all.”