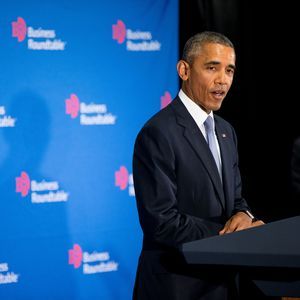 President Obama said to China, “…your government or its proxies engaging directly in industrial espionage and stealing trade secrets, stealing proprietary information from companies. That we consider an act of aggression that has to stop.”  The President followed up by saying, “this is not just a matter of us being mildly upset, but is something that will put significant strains on a bilateral relationship if not resolved and that we are prepared to take some countervailing actions.” 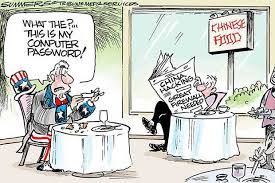 So…You see…this is no joke.  In actuality, the United States is seriously considering a very forceful U.S. response against China over the hacking attacks.   The main reason the Obama administration has not responded yet (by imposing sanctions), is because President Xi Jinping here this week.  That’s the only saving grace for China.

So, why is President Obama soooo upset with China about this hacking?  Why is the United States planning on imposing sanctions against China?  Let me tell you what went down. Do you remember hearing about the “MAJOR” cyberlooting of the U.S. Office of Personnel Management databases that hold detailed personnel records and security clearance application files for about 22 million people, including not only current and former federal employees and contractors but also their families and friends?  This hack attack against the U.S. is considered, by some, as the worst cyber attack in the history of the United States.  That’s serious.   The Office of Personnel Management Director Katherine Archuleta resigned in July 2015,  after revealing that the data breach was vastly larger than originally thought. 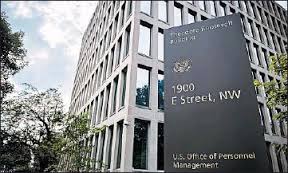 O.k.   Now…U.S. investigators believe Chinese government hackers are behind the breach. According to U.S. authorities, some of the most sensitive security background check data, including information about the medical, financial, mental health and drug histories of U.S. federal job applicants, is now in the hands of Chinese intelligence.   And, people…that’s a hell of a lot of information floating out there in China’s cyberspace.   Private…sensitive…confidential type of information.  Damn!  If I was a present or past federal worker…I would be concerned…veeerrry concerned. 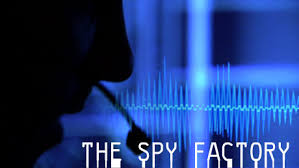 So…why did China hack U.S. databases & steal information on U.S. federal workers, past & present?   It is the answer to this question that has caused the U.S. the greatest concern.   The U.S. government believes that China stole this information so they could target U.S. spies.  Yeah, you know… the “James Bond” people.   China wants to use the stolen information to identify & track down U.S. intelligence operatives.    Why?  For many purposes.   One reason is… China wants to track down U.S. spies so they can blackmail them & recruit them.  Yes…that’s right.    China is looking for the “top secret” information about the U.S. and it’s people.    What better way to get this “top secret” information then to get it from the direct sources who know such information… the U.S. spies. 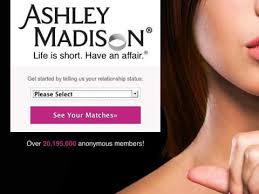 O.k…so, how does China plan on doing this blackmailing & recruiting of U.S. spies if they find them?  That’s easy.   China is using the financial information contained in those hacked databases to find out what U.S. spies might be open to “being bought.”   They are looking for the ones who are having financial difficulties.   I’m telling you the truth.    In addition, China is also using hacked information from the “Ashley Madison” cheating website, to blackmail U.S. spies.   They want to use this information to threaten U.S. spies with telling their spouses about their infidelities.   And, guess work?  The U.S. government is also looking through the names of the records hacked on “Ashley Madison” but for a different purpose.    The U.S. is looking for their employee’s names so they can see who may be susceptible to being “blackmailed” by other Nations.  Really yall…there is no shame in this hacking & spying game.  None.   O.k., let’s get to the heart of all of this stuff. 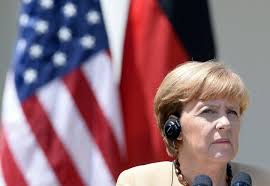 Every Nation is basically spying on every other nation.  Why?  The bottom line is…for national security purposes.  Nations fear being over thrown or taken over by another Nation.   And…don’t think it can’t happen.   Remember Hitler??? He went from Nation to Nation…stealing, killing & conquering.  Thank God…that devil was defeated.   Present day…the U.S. keeps a military presence in Germany.  Why?  To prevent Germany from trying, again, to conquer the world.   Oh…let’s not forget about Great Britain.   Remember colonialism???  These people were experts at stealing, killing & conquering.   India…Africa…etc… etc… etc…   Great Britain was so damn bad in doing their dirt, they are all the time looking over their shoulders.  Why?  Payback…that’s why.   What do you think MI6 (British foreign intelligence service) is all about?   Great Britain wants the jump on who might be trying to jump them.

So…in a “peek-a-boo” world with every Nation spying on every other Nation…what are we regular folk suppose to do???   Pray.  That’s right…pray.   Our information is floating out there in cyberspace…just ripe for the picking & plucking.   These technological societies are the societies that we are living in.   And, technology is not going backwards…only forward. This means… more & more of our information will be subject to hacking…just in, more ways.   Plain & Simple.   God tells us, “Worry about nothing…Pray about everything.” (Philippians 4:6) So…I don’t worry about it…I pray about it.    I pray to God that those thieving bastards don’t steal my information & use it in a way that causes me harm.  And… I strongly suggest you to do the same.