President Trump Blasts On Jewish Reporter For Asking About The Rise In Anti-Semitism: Why??? Trump’s Damn Toes Got Stepped On. That’s All.

LISTEN PEOPLE!!!  Nothing…  Absolutely Nothing Has Changed!

Donald Trump is the same…narcissistic…ignorant…prejudiced ass…bully…that he has always been.   So…   Don’t be surprised when…instead of answering a Jewish reporter’s question about the “rise of anti-Semitism” in this country…Trump verbally attacks the reporter.  I’m not kidding.   Trump basically tells this grown man to sit his ass down…& shut up.  And, I watched…as he attacked him.  There was just no cause for him to disrespect this man…in this way.   None.  Jake Turx, a Hasidic Jewish reporter, asked Donald Trump a question at a news conference held on Thursday, Feb. 16, where Trump invited the reporters to ask him questions.   His behavior was just plain NUTS!  See for yourself…   CNBC produced the following transcript of the conversation:

Trump: Watch how friendly, he is. Go ahead.

Reporter: So, first of all, my name is Jake [ inaudible ] magazine and, I, despite what so many colleagues might be reporting, I haven’t seen anybody in my community accuse either yourself or anyone on your staff of being anti-semitic. However, what we are concerned about and what we haven’t really heard you address is an uptick in anti-semitism and how in this climate you’re going to take care of it. There have been reports out that 48 bomb threats have been made against Jewish centers all across the country in the last couple of weeks. There are people who are committing anti-semitic acts or threatening to —

Trump: You know he’s said that he’s going to ask a very simple, easy question. And it’s not. It’s not a fair question. Sit down. I understand the rest of your question. So here’s the story, folks.

Number one, I’m the least anti-semitic person you’ve seen in your entire life. Number two, racism, the least racist person. In fact, we can very well relative to other people running as a Republican — [ inaudible ]

Quiet, quiet, he lied about getting up asking a straight, simple question, so, you know, welcome to the world of the media.

Let me just tell you something, that I hate the charge. I find it repulsive. I hate even the question because people that know me, and you heard the Prime Minister. You heard Benjamin Netanyahu yesterday. Did you hear him? Bebe, he said, “I’ve known Donald Trump for a long time. Then he said, forget it.” So you should take that instead of having to get up and ask a very insulting question.”

So…   Instead of condemning any anti-semitic behavior…Donald Trump attacks the reporter.   Instead of affirmatively telling the people of this country that he will do everything to stop anti-semitic behavior…Trump attacks the reporter.    So…  Why did Trump respond so angrily towards this Jewish reporter??? Why did Trump try to “shut-up” the reporter when he tried to respond to Trump’s attacks??? Why did Trump call this reporter a liar???   Alright…   Do you remember during the campaign that there wasn’t a day that went by that somebody wasn’t saying…somewhere…that Trump did not have the temperament to be President of the United States.   And…

Why were people saying this???  They were saying this because Trump couldn’t let any perceived slight against him…go.   He was very thin skinned & would immediately go into an attack mode.  ATTACK…ATTACK…ATTACK. This was Trump’s modus-operandi.   He wouldn’t let shit go.  He would get on twitter and tweet his ass off…about nonsense.   Yes…  He was fighting daily…with someone…about something.  ALWAYS.  Well…  The only difference… now…with how this man behaves…is this…   He is behaving this way…now, as the President of the United States.   And…  If you expect Trump…not to be pure Trump…you will drop dead first. So…

When the Jewish reporter asked Trump the question…Trump viewed it as the reporter accusing him of being anti-semitic.    Now…  That is not what the reporter said.   Not at all.   So… Why the touchiness???  Let me tell you.   People who try to conceal a racist nature…can tend to be very defensive when they perceive that someone is actually accusing them of…being a racist.  They will be defensive even when the person may not be calling them a “racist.” Why??? Because they don’t want the world to see the truth of who they are.   You see….   Even a racist has the sense to know that being seen as  “a racist” may not be good for their image…their businesses…etc…    O.k…   Jonathan Greenblatt, CEO of the Anti-Defamation League (ADL), tweeted his response to Trump’s behavior towards the Jewish reporter as follows:

“you cant shout down the truth. there is a simple Q all Americans want answered: what will @POTUS do to halt the surge of #antisemitism?” 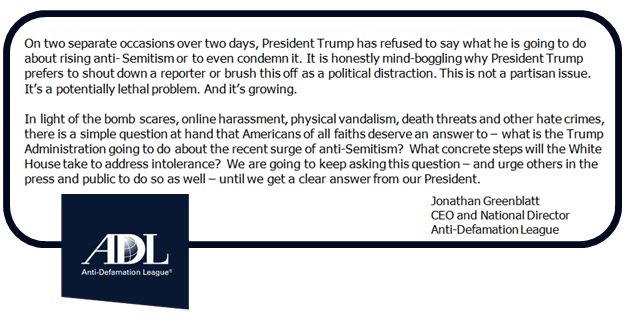 The ADL’s mission is to… “to stop the defamation of the Jewish people and to secure justice and fair treatment to all.”   Now… 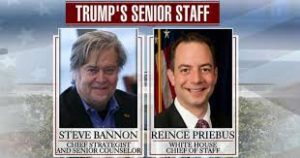 As I was watching Trump interact with this reporter, my thought was this…   Why is Trump avoiding the question about the rise of anti-semitism??? Why won’t he just answer the damn question???   You see…in all of his ranting & raving against the reporter…he never responded to the question.    And, that shit was intentional.   Now, let us not forget… 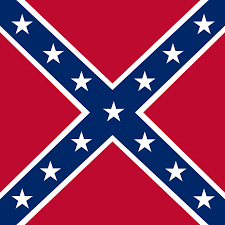 Donald Trump’s number one… Chief Advisor in the White House… is Stephen Bannon.   Remember… Stephen Bannon use to be the executive chairman of BREITBART NEWS where he allowed all kinds of white supremacy ideology to channel through that news source.   For example, Breitbart News honored the Confederate Flag in an article it published a few weeks after 9 Black people were slaughtered in a South Carolina church.   Oh yeah…  And, we all know that the Confederate Flag is such a symbol of togetherness & love. YEAH RIGHT!!!  Also… 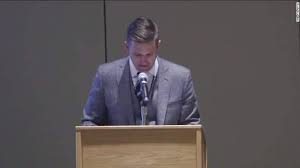 In November 2016, Mother Jones reported the following about Stephen Bannon… “In July, Bannon, who soon would leave Breitbart to become a top campaign aide to Trump, was interviewed by journalist Sarah Posner.  He proudly declared of Breitbart, “We’re the platform for the alt-right.” ”  You see…   Breitbart News gives a platform to people like Richard Spencer, a leader of the Alt-Right conservative movement, who peddle white supremacist ideology.   Mother Jones interviewed Richard Spencer and reported the following… “In a recent interview with Mother Jones, Spencer explained his belief that America’s white population is endangered, due to multiculturalism and immigration, and he advocated “a renewed Roman Empire,” a dictatorship where only white people could be citizens.”    In other words, Bannon’s ass enabled white supremacist ideology to be pushed forth out into the world.  Sympathizer??? DAMN RIGHT!  No doubt…about it.   And…

Trump knew this shit about Bannon before he brought him on board.   And…   Why not?  In September 2016, the New York Daily News reported that, Stanley Leibowitz, a former employee of Fred Trump (Donald Trump’s dad), said that in 1963, 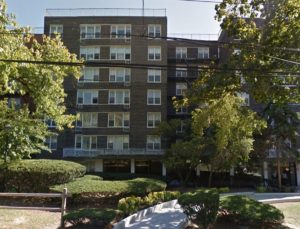 Leibowitz (then, the building manager) showed Fred Trump an application for an apartment in the Queens borough of New York City.  The potential tenant  had impeccable credit & she was Black.   Now, when Leibowitz handed Fred Trump the application, Donald Trump (then, about 16 or 17 years of age) was standing next to his dad.   Here’s what the New York Daily News reported that Leibowitz said happened,  “I asked him, ‘What do you want me to do with this application?’ He said, ‘You know I don’t rent to niggers. Put it in your desk drawer.’” 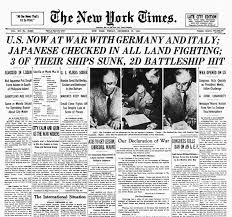 Stanley Leibowitz also told the New York Daily News that Donald Trump was “learning the business of his father. He was right at his side.”  Now…  Fred Trump was born in New York City on October 5, 1905.  His family’s original name was “Drumpf” & his ancestry is German.  But, during the 1940’s & 1950’s in America, it was not such a good idea to claim such German ancestral heritage.    This was especially so for Fred Trump since… many of his tenants, at the time, were Jewish.   And we know…during the 40’s… America was fighting in WWII against Nazi Germany to prevent Adolf Hitler from dominating the entire world.  So… 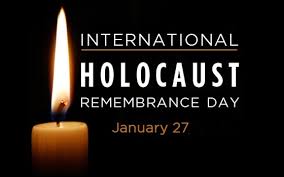 Don’t be fooled.   Trump was raised with a kind of ideology that saw Black folk as… less than…White folk.    So, you see…it doesn’t surprise me in the least when I see Trump catapult people like, Stephen Bannon, within his administration.  You know the saying…   “Birds of feather…flock together.”   And, Donald Trump’s mistreatment of the Jewish reporter this past Thursday is just more of the same.    Just last month…on January 27, 2017, Trump’s presidential statement, which was suppose to mark the International Holocaust Remembrance Day, failed to even mention the deaths of the six million Jewish people killed during the Holocaust.   Here was Donald Trump’s presidential statement…  “It is with a heavy heart and somber mind that we remember and honor the victims, survivors, heroes of the Holocaust. It is impossible to fully fathom the depravity and horror inflicted on innocent people by Nazi terror.   Yet, we know that in the darkest hours of humanity, light shines the brightest.‎ As we remember those who died, we are deeply grateful to those who risked their lives to save the innocent.  In the name of the perished, I pledge to do everything in my power throughout my Presidency, and my life, to ensure that the forces of evil never again defeat the powers of good. Together, we will make love and tolerance prevalent throughout the world.”  Now… 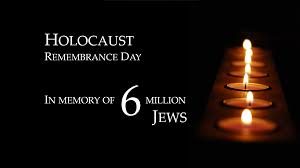 We do know that more than Jewish people were killed during the Holocaust.   However, that’s not the point.   I don’t know about you but, when I hear the word Holocaust…it is the Jewish people who first come to mind.  So…  A lapse of Trump’s memory???  A simple oversight on his part???  I think not.   How in the hell do you fail to mention the main group of people Hitler targeted for GENOCIDE during the Holocaust???  How do you unintentionally fail to mention that 6 million Jewish people were slaughtered… on the day set to REMEMBER them… the International Holocaust Remembrance Day ???  The CEO of the Anti-Defamation League (ADL), Jonathan Greenblatt, felt it also necessary to respond to Trump’s failure to mention the Jewish people in the Presidential statement.

“Puzzling and troubling @WhiteHouse #HolocaustMemorialDay stmt has no mention of Jews. GOP and Dem. presidents have done so in the past.”

O.k…   So, what do we make of Trump and his inability to speak out against anti-semitism???   What do we make of a President who is suppose to represent all the people in the United States but…who tries to silence those who ask him what he is going to do about anti-semitism???   Jesus says we know a tree by the fruit that it produces.   He says a good tree…will produce good fruit and a bad tree…will produce bad fruit.   Donald Trump’s consistent refusal to deal with the evil of anti-semitism is definitely troubling…to say the least.   In the eyes of God…that shit is also…EVIL.  God sees a BAD TREE… producing BAD FRUIT.   O.k…

When you are put in a position of leadership, then got damn it…you are suppose to lead.   And…   Not just for the benefit of some…but for the benefit of all.   And, it is definitely not benefiting the Jewish people when the President of the United States ignores the rise of anti-semitic acts in this country.     So, to Donald Trump I say this…  “If you can’t do your job in a way that God sees fit…He will remove you.   And…  He will remove you sooner than you think.  You see…  Jesus says… “18 A good tree cannot bear bad fruit, nor can a bad tree bear good fruit. 19 Every tree that does not bear good fruit is cut down and thrown into the fire.” (Matthew 7:18-19) 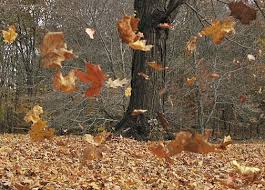 So…  Children of God…  Be Vigilant & Take Action.  But, fret not.   Don’t you dare let your heart be troubled…about Donald Trump.   He is but a bad tree in the sight of God.   A bad tree…whose leaves… God will let blow away in the wind…soon enough.

218 Responses to President Trump Blasts On Jewish Reporter For Asking About The Rise In Anti-Semitism: Why??? Trump’s Damn Toes Got Stepped On. That’s All.