O.k.   Many, Many…Many people have been asking for an UPDATE on that genius young 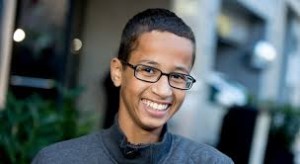 man, AHMED MOHAMED, who was ARRESTED for bringing a homemade clock to school in Irving, Texas, last month.   Yes…Remember, the Irving Police arrested him, even, after they knew the device he brought to school…WAS A JUST  A “CLOCK.”   These devilish rascals didn’t even bother to contact his parents…first.   Of course not…that would have been too much like the RIGHT THING to do.   Why call the parents…when you can just harass a Muslim child???  Now…not to know that Ahmed’s arrest was motivated by the fact that this child is MUSLIM…is just being too damn naive. Why do I say this?  First, because I speak nothing but the truth.   Second, because many…many….maaanny Americans are so afraid (shaking in their shoes…AFRAID) that every Muslim in this country… wants either to “Blow them Up” or “Cut their Heads Off.”  I’ll let them choose which one, or… if both, applies to their type of thinking.  O.k.   Now…to add insult to injury…the child was also suspended from school.  Who does this shit to a child??? Racist Hearts…that’s who!!!

Alright.  So, for Ahmed…Where do things stand at this time???  O.k.  About 2 weeks ago, Ahmed went to visit the Qatar Foundation’s sprawling Education City.  In a news release from the Foundation, Ahmed said, “I was really impressed with everything that Qatar Foundation has to offer and the campuses are really cool.“

On this past Monday,  Oct. 21st…Ahmed met with President Obama at the White House 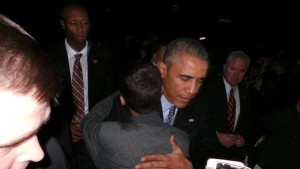 Astronomy Night.  Ahmed was among 300 visitors to “Astronomy Night,” which celebrates science and learning.  How cool is that!  President Obama had asked Ahmed to bring his “infamous clock” to the White House but Ahmed, wasn’t able to show his “clock” to President Obama because… it was still in the Irving Police’s custody. (GGGGRRRR – that makes me soooooo mad)  Anyway.

About 24 hours after Ahmed met with President Obama… Ahmed’s family announced that he was offered scholarships for school & college in Doha, Qatar.  And…the scholarships were accepted.  Meaning???  Meaning…Ahmed, his parents & siblings will leave the U.S. this coming week…for Qatar.    Where is Qatar?   It is next to Saudi Arabia in the Middle East. 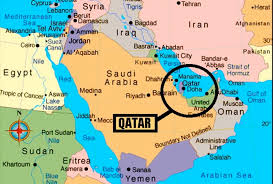 Ahmed will take part in the Young Innovators Program at the Qatar Foundation.  Ahmed said, “I got to meet other kids who are also really interested in science and technology.  I think I will learn a lot and also have lots of fun there.”

So…Why Now?  Why did Ahmed’s parents decide to allow their son to accept scholarships 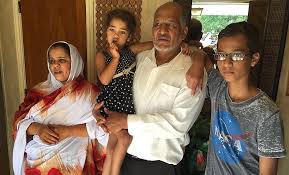 Soooo..Did it have anything to do with the negative (to put it mildly) experiences that Ahmed just went through at the Irving, Texas high school???  OF COURSE IT DID!  How could it not!  You would have to be living under a rock, or something, not to understand…how such harassment & how such a clear display of prejudices…against a 14 year old child…would impact the child & his family.   It had to be traumatic. Very…Traumatic. 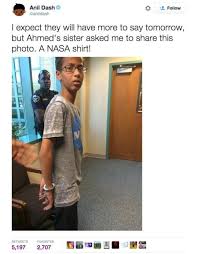 Oh, yeah…&, don’t let me forget this part…   The Irving Police department didn’t even bother to read Ahmed his rights before they arrested him.  An oversight??? HELL NO!  In their minds…what rights did Ahmed have that they were bound to acknowledge?   In this 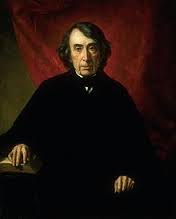 So, what we have here in Ahmed’s situation, is this…a different factual scenario…but…the same racist mentality.  A mentality that thinks & acts out,  “Look here Brown Boy… You have no rights that a White Police Officer has to respect.”   Hence, no parents contacted…no rights read…etc…etc…   You get the picture. 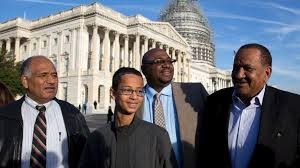 It has also been reported that Ahmed’s family was pushed… not just by the trauma of the arrest but by the anti-Muslim, anti-immigrant attacks on him and his family that followed. (SURPRISE! SURPRISE!)   The Dallas Morning News reports that Ahmed’s uncle, Aldean Mohamed said, “This has destroyed the whole family, you know.  We are here for 30 years. We love Irving and want to be in Irving but this is their choice [to leave].”  The Washington Post reports that Ahmed’s sister Eyman said the Middle East won’t feel too different from the U.S., except that the family will be surrounded by Muslims like themselves.    That says it all, doesn’t it???        “Muslims like ourselves.”  People seek the comfort…& the sanctuary of others, like them…who they can relate to…when they are harassed, maligned & treated so harshly.

You know what else?… To this day, neither the school nor police have apologized or expressed any regret for suspending Ahmed & arresting him…again…for having a clock.   But, while I have been disgusted & upset about what this family has gone through…I 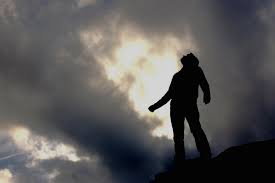 think the saddest part for me is this…  It’s been reported that this family has no intent on ever coming back to this country.   I know in my heart…it is our loss…not theirs.   So, I say this to Ahmed & his family…“I pray nothing but the best for you.   Keep God always first in your heart & you will be able to sustain anything that this life throws your way.  Just know that you are loved by many…who you will never see… face to face.  May God Bless You & Keep You & Always make his face to shine upon You.  Much love, Iris.”

GOT MY CLOCK BACK FINALLY!!