Spring Valley Black Student: She Won’t Listen—Put Down her Phone—or, Leave the Room. Still…I say DAMN!!! Did Any of her Pettiness Warrant… DRAGGING & A BODY SLAM??? 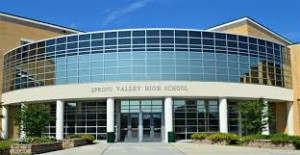 O.k. Yall…Here’s what went down.

Another student… pulled out her cell phone & started recording the events.   The video seems to show the officer standing over the student… who is seated at her desk.   He puts his arm near her neck, then… yanks her backward.  Her desk tips over & she crashes onto the floor…backwards.  Then, he roughly tosses her toward the front of the classroom.  She separates from the desk & slides across the floor.  He proceeds to arrest her.  Now…before I continue, I want you to watch the video, if you haven’t already seen it.

This officer is, Ben Fields, a Richland County Sheriff’s Deputy.

We have a young lady who is being defiant, stubborn, disrespectful & disobedient.  Simply put… she has a bad ass attitude towards the people in charge.  God…in no way 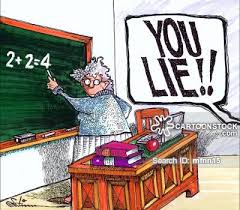 condones her attitude or her behavior.  But, I need to ask this question…Why?  Why did this child not listen?  What might have been going on with her that made her act this way? Food for thought.   That is…if we are seeking understanding.   O.k. Let’s continue.

Now…when the officer approaches the student…she is sitting in her chair while he stands over her.   Was it proper for him…to proceed in the manner he did?  Now, remember…we are coming from God’s perspective.   God says this.   Deputy Sheriff Ben Fields…had absolutely no right putting his arm near her neck… yanking her backwards so that she crashed on the floor.   No right at all.  Why?  Because… all of that was not necessary to achieve the goal…he was suppose to be trying to achieve.  And…what was that again?  To get the student out of the classroom.   You might  be thinking… “But, Iris…she won’t move. She refuses to listen!” O.k… I hear all of that.    But, with that said…God says this.   The Deputy is suppose to be trained to use the least force possible…to gain control of the situation.    You can tell that Deputy Fields is a very strong man.  Yes…& he threw her around like a rag doll.    O.k.   The student did not have a weapon that she was trying to use against anyone.  With that said… he should have asked her to stand up.   If she refused, the Deputy could have pulled her up out of the chair…to stand her… up.  Again, using the least force possible to make that happen.  He could have held her firmly and guided her out of the classroom.

I know…If this Deputy has worked as a Deputy for any length of time…he has confronted people that were a lot more belligerent & aggressive in their actions, than this student.   Of course he has.  Confrontations… where he had to really wrestle with people so he could hand-cuff them.   Why?  Because… they were really fighting their asses off…against him.   However, that is not the case here.   It’s just not.   Once he put his arms around her neck, then, you see the female student hitting at him.  You do not see her hitting at him before this.   The Deputy escalated the situation…& went from 0 to 100…in record time.   It’s that simple.   The excessive force he used… indicates his thinking towards this young girl.   His attitude was this, “I don’t give a shit about you & I’m going to make you do what I want you to do.”  Now…why would he feel this way?   I know this man…would not want any children of his to be slammed backwards & dragged around.  So, again, why did he do 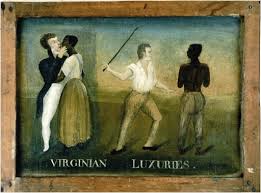 these things?  Is it because she is a Black female? Now…this question was asked of the Sheriff about his Deputy.   And…he said, “ I don’t know.  Deputy Fields has been dating a Black woman for a while.”  The Sheriff then, insinuated that this fact would lean towards the Deputy favorably viewing Black people.  So…  Does the fact that Deputy Fields is dating a Black woman…mean that this man is not a racist???  HELL NO.   A White person dating a Black person,  in and of itself…is not determinative as to whether that White person is racist or not.   Hell…all you have to do is take a glance back in our history.   It is no secret that many, many…White men known as “slave masters” slept with the Black women they enslaved.   The fact that these White men had sexual relations with these women did not make the White men any less “racist” in their views about Black people.  They still held them enslaved.  They still thought themselves better than these Black people.   O.k… let’s move on.

To be honest with you…if she was my child, I probably would not be writing this blog post to you right now.  Why?  Because my ass would be in jail.  Why?  Because when my child 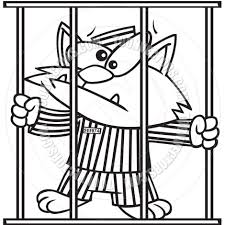 told me what happened to her,  I would have been down at that Sheriff’s office…FIT TO BE TIED.  God as my witness…I would have come through those doors,  held out my wrist & told them…somebody better handcuff me right now…because I’m getting ready to go off up in this *&#$@.   I think you understand what I’m trying to say.   Think about it… Some man is gonna put his hands on my child, body slam her backwards…& drag her on a dirty… ass… floor.  HELL NO!  WHOA!  Oh Yeah…I would be locked up…right now.   God says, “Tell the truth & shame the devil.”   And…I’m telling you nothing but the truth.

It has been reported that some are defending the officer by pointing out that the video is not complete.   Complete or not…it doesn’t matter.   Let me explain.   Again, the officer is suppose to be trained to handle these situations…using the least force possible.   No one has come forward, not the Teacher nor the Assistant Principal, & said that this child was attacking anyone.   No one has said that the student was threatening anyone.  Why haven’t they?  Because she wasn’t.  The people who are trying to insinuate that this Deputy was justified in his behavior…can’t change the “truth” of what happened.   As a matter of fact, the School officials for the district did a press conference today & here is what was said by one of the School Board members (a White man), “What we all watched on that shamefully shocking video is reprehensible, unforgivable.”

To the officer’s defenders, I say this:  “I don’t give a damn if she cussed out everyone in the room, over and over…if that was all she did…the officer still would not be justified in what he did to her.  Her behaviors in no way justified him having his arm near her neck, yanking her backwards causing her desk to tip over so she crashes onto the floor…backwards.  He had no right dragging that child across the floor in the way he did.”

So…What Now?  Deputy Ben Fields needs to be fired.   Yes.   His behavior indicates that he does not have the necessary temperament to be dealing with the public as an officer of the 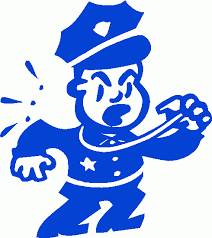 law.   He seems to have a short temper that can lead to more tragic events if…he is allowed to continue as a Deputy Sheriff.   He crossed all kinds of lines in how he interacted with the student.  He used excessive force in how he dealt with her.  He just did.  And… I can’t clean-up what’s dirty.   He blew it & he needs to go.

You might ask…what about the student since she didn’t act right either?  As for the student, the school can punish her for not following the directives of the teacher & the Assistant Principal if they so choose.   Would that be o.k.? It’s not an issue of being o.k. or not…the school has a duty to keep order in that environment.   As a school, you do not want to encourage other students to behave defiantly as this student did.   You know…they just may end up feeling that she has been through enough.  I think she has.  But…whom am I?

When all is said & done… we must remember this…the student is a child.  And, children can say & do…some very foolish things at times.   Nevertheless, a child is still a child.   A child… that should not be thrown & tossed around like… trash.

64 Responses to Spring Valley Black Student: She Won’t Listen—Put Down her Phone—or, Leave the Room. Still…I say DAMN!!! Did Any of her Pettiness Warrant… DRAGGING & A BODY SLAM???