“Vito Corleone” Is Running The White House!!!:  But, You “Bitched” About President Obama???” 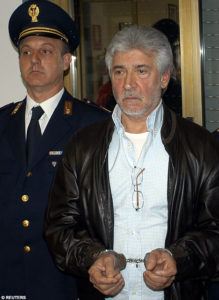 O.k.  I know that they call the mafia… “organized crime”…but DAMN, I didn’t know they were this…organized.   Seriously…  Who would have thought they cared enough to write this kind of stuff down.   Mmmmmhhh…wait a minute.   I just thought of something.  Maybe, just maybe…they NEEDED to write it down.  You know…  We all got a lot of shit on our minds these days.   And…maybe…just maybe…some of these men forgot rule # 2 – “NEVER LOOK AT THE WIVES OF FRIENDS.”   And, maybe…just maybe…that caused them to get…oh, I don’t know…shot in the head.  So, if you are an employer, like the mafia, you can’t afford to keep losing “good” help.   Shit…   I can ‘vouch’ for that… 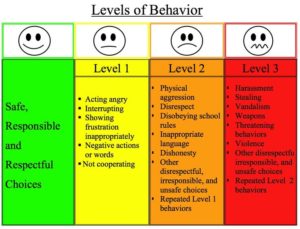 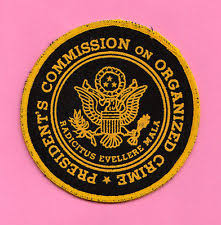 Even though it didn’t make the mafia’s “top ten”list… “INTIMIDATION”…is a stone cold tenet of the “mafia.”  Anybody that knows anything about “gangsta” lifestyles…knows this.   Now, follow me back in time for a moment.  Back in 1986, a mob lawyer by the name of Martin Light (a former New York City Prosecutor), testified before the President’s Commission on Organized Crime.  Martin Light said that his career with the mafia…spanned 15 years…where he represented members of all five organized-crime families in New York.

On January 30, 1986, The New York Times reported that Light… “appeared before 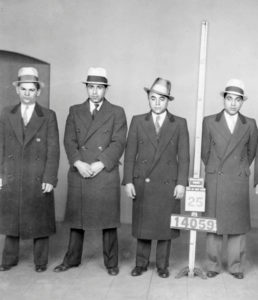 the President’s Commision on Organized Crime to testify about how lawyers helped their clients subvert the legal system through a variety of illegal and unethical practices, including bribery and intimidation.”  The New York Times wrote… “In his testimony, Mr. Light, 50 years old, contended that a small group of lawyers working for the  “mob” intimidated witnesses, rehearsed perjury and filed false affidavits.  He said he was also aware of instances in which witnesses were threatened with violence or told to leave town or get out of the country.”  O.k…

While I know this stuff happens…all over the place…it is still something to see an attorney (who was caught up in the midst) actually admit to this shit…under oath.   Here, we have one lawyer testifying about how he…along with other mafia lawyers…were corrupt & gangsta…as hell.   You see…  The lawyers weren’t just working for “mafia enforcers”…SHIT…they had become…the “enforcers.”  Alright… 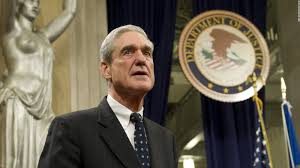 By now…  You must know about the endless ongoing investigations into whether Donald Trump’s campaign colluded with Russia in the 2016 U.S. Presidential Election.  O.k…   The Justice Department Special Counsel, Robert Mueller, is looking at this, in part, to see if any crimes were committed by Donald Trump & his campaign staff.   Now… To assist him in dealing with all of these Russia investigations, Trump is using his longtime attorney, Marc E. Kasowitz.   Kasowitz is the same attorney who represented Trump in the ton of lawsuits against the fake-ass… “Trump University.”  You know how that turned out.   Trump ended up paying out $ 25 million dollars…to make that case go away.   Alright…

On July 11, 2017, ProPublica, published an article about how Kasowitz’s past…might prevent him from obtaining a high-level security clearance…that’s needed in order for 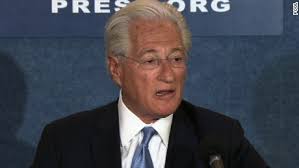 Kasowitz to adequately represent Trump regarding these investigations.   So, why might Kasowitz’s past cause him trouble???   ProPublica stated… “Colleagues say Marc Kasowitz, President Trump’s attorney on the Russia investigation, has struggled with alcohol abuse and engaged in behavior that left employees uncomfortable.  Several people told ProPublica that Kasowitz has been drinking in recent months.”  O.k.  Let’s keep going…   MSNBC’s Rachel Maddow, discussed this ProPublica article on the “Rachel Maddow Show”…on Wednesday night, July 12, 2017.   O.k.  An unidentified…retired public relations person watched this segment of the “Rachel Maddow Show” & decided to send an e-mail to Marc Kasowitz regarding what he saw.

According to ProPublica, at 6:28 p.m., the unidentified man e-mailed the following to Kasowitz:

But, I believe it is in your interest and the long-term interest of you firm for you to resign from your position  advising the President re pending federal legal matters. No good can come from this and, in fact, your name may be turn out to be a disparaging historical footnote to the presidency of DJT.

Oh…  I did tell you that this man is currently the President’s…ATTORNEY!   Kasowitz is the one that should be exercising good judgment.   “Should”…is the operative term…here.   People, this shit just happened…a few nights ago.   While we were at home eating dinner, Kasowitz was out there bullying, terrorizing & intimidating…this poor man. The unidentified man was so shaken-up by Kasowitz’s emails…he contacted the FBI (The Federal Bureau of Investigation).  Oh, My God!!! Wouldn’t it be something if this unidentified man is elderly…in his 70’s or later.    If I find out that’s true…I’m gonna cuss Kasowitz’s ass out…myself.  O.k…  My question is this…   Where do they find the time to act like this???  Shit, sometimes it’s hard for me to find time to go…pee.  (I’m sorry…  I’m not trying to give you a visual…but it’s true)  Somebody needs to hip me to the secret.   Anyway…  On July 13, 2017, CNN reported a statement, given to them by Marc Kasowitz’s spokesman, which says… “The person sending that email is entitled to his opinion and I should not have responded in that inappropriate manner.  I intend to send him an email stating just that. This is one of those times where one wishes he could reverse the clock, but of course I can’t.”  O.k…

This bullying & intimidation type shit is not new…in “Trump World.”   This is how Donald 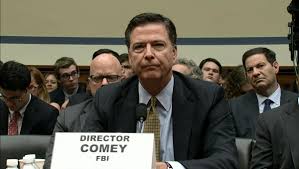 Trump & his posse carry it…“Gangsta” style. And…  The proof’s in the puddin’.  What Donald Trump just did to the former FBI Director, James Comey, speaks volumes.   Trump wanted Comey to “stop” the Russia investigation.   So, he invited Comey to a meeting & asked him to give him “his loyalty.”  When, Comey refused to do it, what did Trump do?  He fired Comey’s ass.  JUST LIKE THAT.  No, kiss my ass…or nothing.   Then, when Trump found out that James Comey was scheduled to meet with Congress on June 8, 2017…to speak about his relationship with Donald Trump, Trump told him, via the following tweet…

James Comey better hope that there are no “tapes” of our conversations before he starts leaking to the press!

This was a “straight-up” intimidation tactic…to shut Comey up.  But, it didn’t work.  At that time, Comey was thinking… “What the hell do I have to lose?  Shit, you already fired me.”  So…  Comey squealed his ass off…to Congress.     Now…

Let us not forget…  Trump’s war with the media.   This man is on a mission to destroy any media outlet…that criticizes him.  So, what does he do???  Every got damn thing he can.   As President, that rotten ass Donald Trump told the American public…that “the media is our enemy.”   That’s some serious shit.  That’s the kind of stuff that dictators say in countries that want to crush “democracy.”  No joke.  One of the first things they do is try to SILENCE…any media opponents.  Since, CNN is one of his main targets, he tries to intimidate the hell out 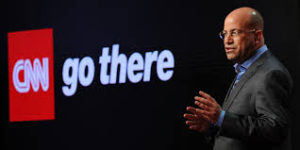 of them.   Over the fourth of July weekend, Trump posted a video on twitter…showing him wrestling a man with the CNN logo..as his head.   CNN, responded with: “It is a sad day when the President of the United States encourages violence against reporters.”    On July 5, 2017, Jeffrey A. Zucker, President of CNN Worldwide, spoke about Donald Trump with The New York Times and said… “He’s trying to bully us, and we’re not going to let him intimidate us.”  Now… 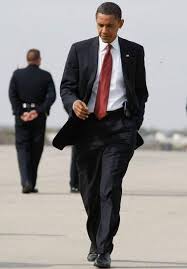 For the record.  That’s right!  For the got damn record…   Regardless of whether you loved him or hated him…President Obama ain’t never done no shit like this.  No way…& no how.  President Obama carried the presidential banner with class, dignity & respect.   Oh, yeah…& he always had his “swag” on.   On the other hand… Donald Trump, is carrying the “presidency” like it’s a dirty rag that he just wiped some cat’s ass with.   It’s the truth.    Trump doesn’t give a shit about dishonoring the “Office of the Presidency.”  HELL NO!  I’m just speculating, BUT…   It wouldn’t surprise me at all if President Barack Obama isn’t saying to somebody…somewhere… “How you like me now???”