Last night…in & around the University of Illinois at Chicago,  thousands of people were waiting for a Donald Trump rally to start.   There appeared to be 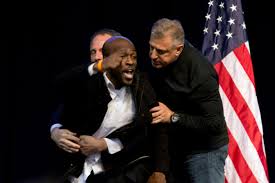 100’s of protesters in the crowd.   Before Trump entered the Pavilion,  his campaign announced that the rally was canceled.  In a statement, the Trump campaign said, “Thank you very much for your attendance and please go in peace.”  It’s been reported that the cancellation of the rally happened amid fights between supporters and demonstrators, protests in the streets and concerns that the environment at the event was no longer safe. 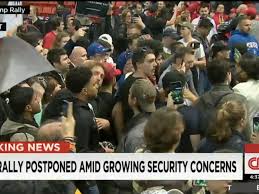 CNN reports that Maria Hernandez, a 25-year old community organizer who came out to protest Trump, said  “I’m protesting because I’m black and Mexican and I’m not sure where he wants to deport me to, but I deal with racism daily in Chicago and I’ve had enough.”

ABC 7 News reports that Activist, Jedidiah Brown, said he & other infiltrators were on a mission to disrupt Trump’s speech as often as possible.   They quoted Brown saying, “How does a man who speaks a message that’s going to take America backwards become the possible frontrunner of an entire party that represents American values?”

O.k…I want to repeat part of what I stated earlier.  Trump’s campaign told the people, “Thank you very much for your attendance and please go in peace.”    Last night…Donald Trump told Chris Matthews, of MSNBC news, that he was surprised by the physical violence that was taking place, between his supporters & protesters, at the UIC Pavilion.

First, I have to say this… It really burns my ass when people so boldly & so 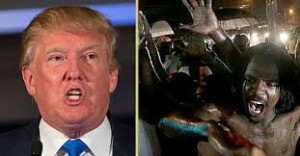 blatantly say shit they don’t really mean.   No doubt.  Let me explain.   Donald Trump has the audacity to pretend that he wants “peace” for people when that no good ass #@*#^ has created an environment, at his rallies, that actually incites violence.   He has the nerve to say, across the airwaves, that he was surprised by what took place last night.    So…Let’s look at the history of how Trump has routinely responded to protesters at his rallies over the past several months of his campaign.  Then, you tell me…what’s up!

In August 2015, after two young women with Black Lives Matter interrupted Bernie Sanders speech…Donald Trump responded.   He said, “That will never happen with me.  I don’t know if I’ll do the fighting myself, or if other people will, but that was a disgrace.  I felt badly for him, but it showed that he’s weak.”

CNN reports that on November 21, 2015, at a Trump rally in Birmingham, Alabama, Mercutio Southall, a 31-year-old activist who co-founded a Black 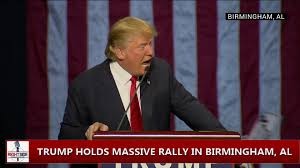 Lives Matter chapter in Birmingham,  said rally attendees attacked him after he disrupted Trump’s speech.   He said they also called him and two fellow protestors “monkeys” and “niggers.”  On Sunday, November 22, 2015, in an interview on Fox News, Donald Trump responded to Southall’s attack by saying, “Maybe he should have been roughed up because it was absolutely disgusting what he was doing.”  A CNN video shows attendees swarming around the man, kicking and punching him as he curls up on the ground. O.k. So…what did this Black man do that was soooo disgusting such that it warranted kicking & punching, according to Trump???  Oh…Let’s see…  Yes, I know… He yelled out & interrupted Trump’s speech.   O.k.

On Monday night, February 22, 2016, at a rally in Nevada, Donald Trump responded to a protester disrupting his rally by saying this, “He’s smiling, having a good time.  I’d like to punch him in the face.  Oh, I love the old days, you know? You know what I hate? There’s a guy, totally disruptive, throwing punches, we’re not allowed to punch back anymore. I love the old days. You know what they used to do to guys like that when they were in a place like this? They’d be carried out on a stretcher, folks.”  O.k.  So…What does Trumps’ rhetoric lead to???

One of Trump’s attendees at his North Carolina rally sucker-punched a protester as the protester was being escorted out of  the rally. (video below)

Rakeem Jones at Trump’s North Carolina rally on March 9, 2016.  As the video shows…Rakeem Jones — was looking straight forward at the time & had not assaulted anyone.  In a telephone interview with the Post, Jones said, “Boom, he caught me.  After I get it, before I could even gain my thoughts, I’m on the ground getting escorted out.”

Yesterday,  in St. Louis at a rally, Trump mocked those who interrupted his speech, telling them to “go get a job” and one to “go back to mommy.” Trump continued with, “These are people that are destroying our country.  You know part of the problem and part of the reason it takes so long is no one wants to hurt each other anymore and they’re being politically correct the way they take them out so it takes a little longer.”

O.k.  I think what is really telling about the heart of Donald Trump is that he 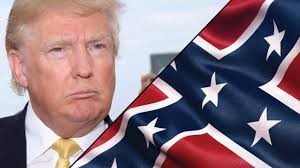 did not find his attendees calling Southall a “monkey” & a “nigger” disgusting. Oh, No.  He only saw Southall’s interruption of his speech… as disgusting.   So disgusting to him that it was o.k. for those racist bastards… for those racist minions of his… to kick & punch this man while he was curled up on the floor.   Also, without knowing the socio-economic status of the protesters…he assumes that they are unemployed.  Why?  Because of their race.

So…contrary to what Trump says…He actually wanted violent interactions to take place last night in Chicago.  Oh Yeah.  He set the stage for this shit to take place.   He loves controversy because he thinks it will bring more media attention.   For him…more media attention…equals more possible votes.  Oh…Wait a minute…I haven’t told you the good part yet.   Donald Trump has tried to make himself a “victim”… a “martyr” of these recent events.  He said in a tweet & I quote:

“The organized group of people, many of them thugs, who shut down our First Amendment rights in Chicago, have totally energized America!”

Well…I’ll say this…   I thank God that some other people, who are running for 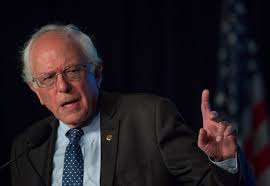 the Presidential Nomination for their respective party,  have peeped the shit that Donald Trump has put down & have publicly talked about it.  Bernie Sanders, a candidate for the Democratic Presidential nomination, defended his supporters while speaking in Chicago today.  He said, “What our supporters are responding to is a candidate who has in fact in many ways encouraged violence.”

Ohio Gov. John Kasich, who is running for the Republican Presidential 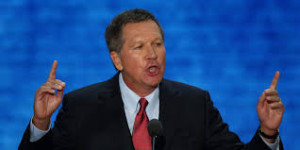 So…please don’t be duped by a worker of the devil, who calls himself Donald Trump.   Trump is nobody’s got damn victim.  This man has preyed on the ignorant & gullible for decades.  He is a master at manipulating minds & hearts.  That’s what a con-man does best.   But, you see…what his dumb ass fails to understand is this…  God says, “7 Be not deceived; God is not mocked: for whatsoever a man soweth, that shall he also reap.” (Galatians 6:7)   And…God does not…&…cannot lie.  Trump does not understand this.   He does not understand that the violence he encourages towards others…will bring violence to his own steps.